CBD and Novel Food: regulation as an important step to safety and quality 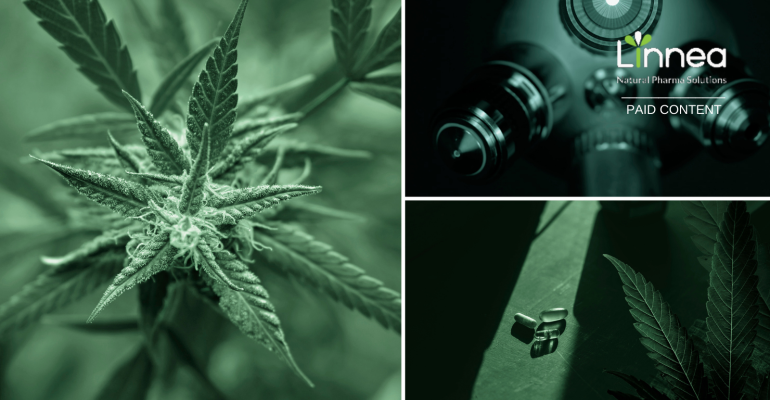 Though consumers are embracing CBD supplements and other cannabis-based nutritional products, the selection available to them is anything but consistent, calling into question their safety and reliability. In the European Union, however, steps are being taken towards regulation via the categorisation of cannabis and cannabinoids as Novel Food, and Linnea is well along in the approval process for its high-quality CBD products.

Cannabis and its phytocomplexes are rapidly gaining popularity not only for their therapeutic properties, but also for dietary and nutritional uses. But, unlike the pharmaceutical industry, a large portion of products currently sold as supplements are unregulated, leading to market inconsistency, a lack of true benefits to consumers, and, at times, THC content that is over the legal or declared limit.

CBD mislabelling in the UK

A 2019 study sheds light on the importance of standardisation by demonstrating that many cannabis-based products contain only a small percentage of the cannabinoid fraction claimed on the label, with some even dropping as low as 0%. In the executive summary of the study, titled ‘CBD in the UK’, the Centre for Medicinal Cannabis notes that although consumer interest in cannabis-derived products has evolved, the law governing them has not, resulting in a Cannabidiol (CBD) market that is grossly under-regulated and devoid of ingredient-specific standardisation. All this, despite CBD having a potential market value of £300M per year, roughly equivalent to 1.3 million users.

The examination exercise, which was designed to provide a detailed look at CBD products in the United Kingdom, involved 30 commercially available oils (sold both on and offline), which were then blind tested. The most egregious issue to emerge was that of labelling: only 11 out of 29 products were within 10% of the CBD content stated on the label, and the same number had 50% less CBD than advertised. One product contained no CBD at all, despite the manufacturer’s claims.

Lack of regulation in the US

According to a similar study conducted in the United States in 2017 (doi:10.1001/jama.2017.11909), the situation across the pond isn’t much better. From a sample of 84 products sold by 31 companies, researchers found that 42.85% had under-labelled CBD content, 26.19% were over-labelled, and only 30.95% were accurately labelled. Given the data, consumers and lawmakers on both sides of the Atlantic are right to question the quality and validity of the majority of CBD-based goods available to them.

Novel Food: a path to safe, standardised and reliable CBD

Given the widespread use of these products in Europe, the UK, the US, and beyond (often as self-medication treatments at times administered to rather young children), quality levels this low and unpredictable are anything but safe—and certainly are a far cry from ideal.

An important step towards adequate regulation was taken in 2019, one which will mark a turning point in the CBD-extract industry: the potential classification of cannabis and cannabinoids as ‘Novel Food.’ Novel Food refers to food that was not commonly consumed by EU residents before 1997 (when the EU’s first Novel Food regulation came into force), with the goal of ensuring such products are accurately labelled and thereby safe for consumers. The same is true in the UK post Brexit, with the relative regulatory authority being the Food Standards Agency.

Because quality is the basis of both trust and true innovation, Linnea (Riazzino, Switzerland) has submitted a Novel Food application for its cannabis-based products, and is in constant contact with the European Food Safety Authority (EFSA) as it works towards full approval. Linnea believes that standardisation and regulation are the way forward in the cannabis industry if consumers are to be able to reap the full benefits of this incredible ingredient—one whose complementary properties are being discovered day after day. Whether in the pharmaceutical, cosmetic or dietary supplement industry, the ability to trust a product label is paramount, and is a value that Linnea has upheld since day one through adherence to the world’s strictest quality standards and by obtaining GMP certification for its Swiss facilities.

Benefiting from nearly 40 years of experience working with other botanical extracts, Linnea brings its expertise to cannabis via the same rigorous 7-step inspection and monitoring process that all of the brand’s products undergo—because at Linnea, quality is the foundation of excellence.