Can US House bill pass to create pathway for ingestible CBD? 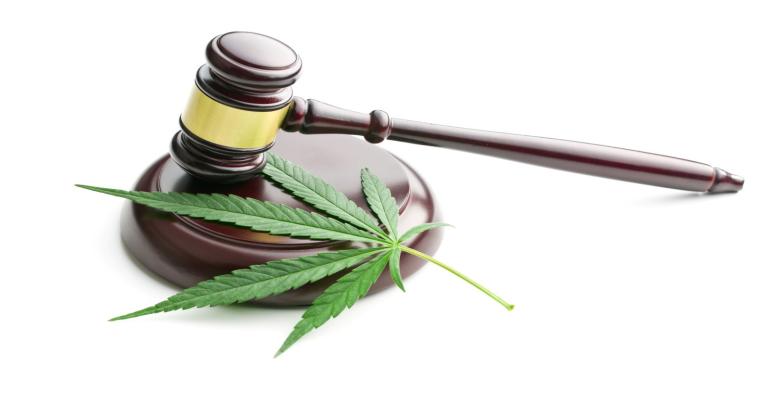 A first-term Republican Congresswoman recently introduced a bill in the House of Representatives that would decriminalise cannabis at the federal level, reports CBD-Intel

The legislation, entitled the ‘States Reform Act,’ would remove all barriers in U.S. federal law that might conflict with the autonomy of states to decide for themselves how the growth, manufacture, and distribution of cannabis products should be regulated in their states.

Introduced by Rep. Nancy Mace (R-SC), the bill is a response to the Democratically sponsored Marijuana Opportunity Reinvestment and Expungement (MORE) Act, which would end federal cannabis prohibition on somewhat different terms. These bills are being considered in Congress concurrently with the SAFE Banking Act, which is designed to lift many of the restrictions that make it difficult for cannabis and hemp producers to secure adequate banking and financial services.

The Mace bill is being supported by five Republican co-sponsors, which reflects a growing disenchantment with cannabis prohibition among GOP libertarians and the party’s younger voters.

But many more traditional Republicans are not amused. Drew McKissick, the chair of the Republican party in Mace’s home state of South Carolina, issued a statement denouncing the bill.

“Unequivocally, the South Carolina Republican Party is against any effort to legalise, decriminalise the use of controlled substances, and that includes this bill,” he said. “Since this will have widespread negative impacts, from rising crime, violence, and mental health issues in children, I think it’s a safe bet to say most Republicans will be against it too.”

McKissick’s criticisms aside, a recent Gallup poll showed a slight majority (50-49) of Republicans support legalisation of cannabis. This signals an ongoing evolution in opinion to which congresswoman Mace and her Republican co-sponsors are trying to respond.

From the perspective of the CBD industry, the most important clause in the Mace bill clears a legal pathway for the use of CBD in ingestible products. This clause states: “Within 30 days of the passage of this Act, the Food and Drug Administration (FDA) shall promulgate an interim final rule and undertake rulemaking under the Administrative Procedure Act for the purposes of establishing a standard serving size and further clarifying intended conditions of use of whole-plant cannabis extracts and individual cannabinoid extracts used as dietary supplements.”

By clarifying CBD’s legal status once and for all, this clause would allow growers, manufacturers, and retailers to freely market all CBD products unless states bring in their own restrictions beyond what is decided at the federal level.

“With CBD, we want consistency,” explains Liz Rogan, president of Liz Rogan & Associates Cannabis Consulting Firm in Santa Barbara, Calif. “We want to know that this is clean and consistent, in the same dosage and all these things, like it’s supposed to be. That’s definitely something I think the industry is looking towards, because then we can actually use it in all of these other products like cosmetics and drinks and other things, to utilise more of the benefits of this plant.”

While confirming the desirability of uniform regulation, Rogan does have concerns about the ultimate outcome of the FDA’s involvement in CBD. Specifically, she wonders if multinational companies will take advantage of CBD’s newfound legitimacy to try to push smaller independent operators out.

“The concern is once the FDA regulation starts and gets in, then Big Pharma steps in,” she says. “It’s hard because you think you’re moving in the right direction, and are you, are you not?”

“Follow the money,” Rogan advises, for those who want to understand the forces pushing toward full decriminalisation in hemp as well as in cannabis.

Leah Heise, the founder of Maryland-based Gemini Twin Consulting, has extensive experience in the cannabis industry and many contacts in the Washington D.C. area. Based on her knowledge of the current political scene, she does not believe the States Reform Act has much of a chance of passage. She thinks Congress is “at least five years away” from making significant alterations to existing federal cannabis laws.

Despite her scepticism about the bill’s chances, Heise notes that Mace’s bill “has some great features.” She comments: “I love that it provides access to capital markets because SAFE doesn’t go that far and we are behind the world in that regard. Right now, European and Canadian cannabis companies can trade on the NASDAQ, but US companies cannot. We are also restricted in both interstate commerce and international commerce.”

Heise also praises the bill’s oversight provisions, which are designed to help protect and promote the legitimate business interests of cannabis and CBD cultivators, distributers, and retailers.

“I’d love to see bipartisan support and cooperation on all things cannabis but am sceptical that the members can get past their partisan sniping to move a bill forward cooperatively,” she says, noting the deep divisions between Republicans and Democrats in Congress. “The bill is unlikely to go far enough on social equity and expungement [of previous cannabis convictions for the currently incarcerated] and that will cause it to stumble on the Democratic side of the aisle.”

Rogan is also sceptical of the bill’s chances of passage. She essentially dismissed the States Reform Act as “political theatre” designed to signal that Republicans, too, are willing to follow public opinion and consider serious reform of cannabis laws (even if they’re really not).

“Nothing is going to move forward until safe banking does,” she says, relaying the sentiments of a Washington insider she has spoken with. “It’s just trying to win more popularity contests as midterm elections come up.”

There is a possibility that CBD could eventually be put on a different regulatory track, separate from cannabis.

“I believe CBD is a far safer subject for politicians than cannabis and movement will happen faster here,” Heise predicts. “With Mitch McConnell being in a hemp-producing state, CBD has some strong support behind it.”

Should the Republicans regain control of the Senate in 2022 as expected, the CBD industry will have a powerful ally in the form of McConnell, who as Senate majority leader was largely responsible for the inclusion of the clause in the 2018 Farm Bill that legalised the hemp industry in the United States.

McConnell’s home state of Kentucky is one of the nation’s highest-producing hemp states. After hemp was legalised, McConnell promised to do everything in his power to end banking practices that discriminate against hemp processors, manufacturers, and retailers. He also met with the head of the FDA to express his preference that the organisation assume regulatory control over hemp and CBD, to make sure producers would be free to explore hemp’s full potential in health and food products.

In the current climate, bipartisanship in the political arena has become a nearly defunct concept. But with hemp and CBD, the situation could be different. The special clause on cannabis-infused foods and beverages inserted into the Mace bill shows that Congress is aware of the needs of the hemp industry and is ready to respond. Democrats and Republicans may eventually launch a united effort to remove the financial and regulatory obstacles that continue to obstruct the growth of hemp and CBD, regardless of what is happening on the cannabis side.