HomeIngredientsBotanicalsResearch: Polyphenols for Athletic Performance
Recent
Ingredients
Happening Now
Variety of protein sources may lower hypertension risk
May 16, 2022
Feeding a growing global population with alternative proteins
May 13, 2022
Good mood food: Which ingredients are best for improving mood?
May 12, 2022
Alternative proteins market growth and opportunities — podcast
May 12, 2022
Recent
Personalised nutrition: The role of acquisition for business growth — podcast
May 11, 2022
Polish court decision on hemp as novel food could have major ramifications
May 10, 2022
Oleanolic acid, the new ingredient with interesting health benefits
May 10, 2022
Aleph Farms to produce cell-cultured collagen
May 09, 2022 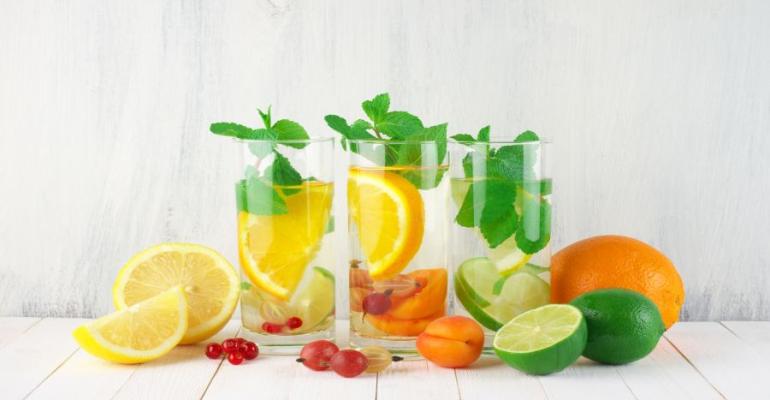 Polyphenols are bioactive compounds extracted from botanicals which may improve individual athletic performance.

Polyphenols are bioactive compounds extracted from botanicals. Their biological effects have been largely attributed to antioxidant properties; however, recent data suggests that polyphenols can exert modulatory action and improve not only the metabolic function but also individual performance.

This abstract focuses on the benefits of three polyphenol-based ingredients to fulfill athletes’ specific requirements in their sport’s practice: performance, endurance and recovery. In collaboration with the Research Center of High Performance Sport of the University of Murcia (Spain), randomised and double-blind clinical trials were run by Fytexia.

A crossover study was conducted to evaluate whether PerfLoad, could improve physical performance during high-intensity exercise in anaerobic conditions. The effect of this ingredient formulated from grape, pomegranate and green tea extract was investigated on 15 recreationally-active males.

Such results demonstrated that PerfLoad can be a natural and efficient solution to help athletes improve their physical performance while balancing their metabolism and reducing exercise-induced oxidative stress.

A clinical investigation was conducted to evaluate the effect of an eight-week aerobic training program associated with a supplementation. BurntoRun is an ingredient composed of orange, grapefruit and guarana extracts combined with L-carnitine. The placebo-controlled study run on 21 recreationally-active men consisted of a pre-testing session followed by eight weeks of aerobic training with supplementation. A post-testing session was assessed to measure maximal aerobic capacity (VO2max) and resting energy expenditure (REE).

The results reveal that VO2max significantly increased in the supplemented population (6 percent) whereas no changes occurred in placebo group. Also, the use of carbohydrate and fat substrates evolved in opposite ways for REE production between both groups: lipid energy production increased by 7.8 percent in the supplemented group while carbohydrate energy production decreased respectively by 8.3%.

TensLess is formulated with extracts of mangosteen, elderberry and pomegranate, as a natural solution to help manage post-exercise recovery. A crossover study on 18 recreationally-active subjects was run to determinate the effects of TensLess on the management of DOMS and on the reduction of muscle-damage biomarkers following exercise.

Supplementation with TensLess induced a significant decrease in DOMS as early as the first day following physical exercise (-33 percent); this was correlated with the lower release of muscle damage-associated biomarkers, namely creatine kinase, creatinine and myoglobin, for the whole length of the recovery period. TensLess preserved myocytes and reduced soreness, and, accordingly, significantly shortened muscle recovery.

Polyphenols may provide significant benefits for both fitness enthusiasts and athletes at every stage of their sports training session.

Julian Cases is director of Innovation and Scientific Affairs at Fytexia.