Potential for Ayurveda to address pandemic 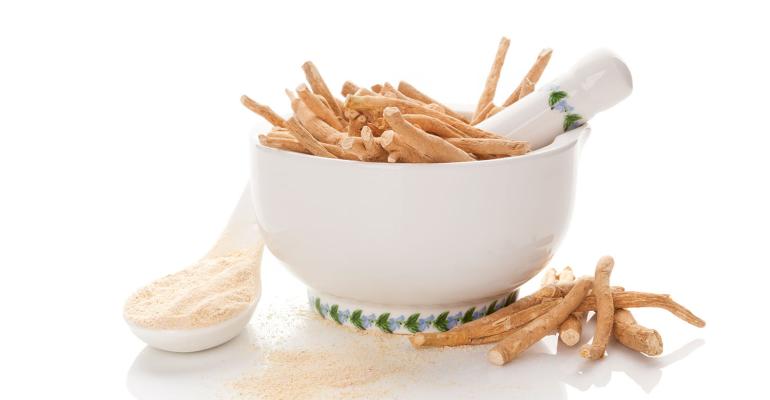 The Indian government is investing in clinical trials to determine whether Ayurvedic botanicals could offer ways to combat COVID-19.

Can a medical system with thousands of years of history help combat a global pandemic in the 21st century?

That’s a question the government in India is trying to answer, as it ramps up investigations into some of the most prominent healing herbs in Ayurveda to help combat SARS-CoV-2, the coronavirus that causes COVID-19.

The Ministry of Ayurveda, Yoga & Naturopathy, Unani, Siddha and Homoeopathy (AYUSH) is the agency taking the lead on the government’s efforts to test the efficacy of certain herbs to help prevent the virus and even serve as an adjunct treatment to COVID-19.

Four drugs have been shortlisted for a series of controlled, randomized clinical trials, according to Dr. Bhushan Patwardhan, a prominent biomedical scientist in India who serves on the country’s national scientific and medical bodies. He now chairs a new interdisciplinary task force within AYUSH that oversees evidence-based research into Ayurvedic medicines and therapies related to the virus and COVID-19.

Ayurveda is a 5,000-year-old medical tradition that emphasizes prevention and a healthy balance in mind, body and lifestyle. It relies extensively on the use of herbs, with customised treatments based on an individual’s particular constitution—a type of precision medicine before the term came into vogue.

All three plants are used in Rasayana therapy, a sort of branch of Ayurveda that focuses on measures for rejuvenation. Rasayan botanicals are believed to restore immunity homeostasis, among other health benefits.

Patwardhan has co-authored recent commentaries in the journals Current Science and The Journal of Complementary and Alternative Medicine advocating for the prophylactic use of Ayurvedic medicines and practices like yoga against COVID-19.

His work is complemented by other trials, including a collaborative research investigation between IIT-Delhi and Japan's National Institute of Advanced Science and Technology. News reports note the teams have explored whether CAPE from propolis and withanone from ashwagandha could potentially target the main protease enzyme that allows SARS-CoV-2's replication.

In particular, he and his co-authors focus on 25 years of scientific evidence around ashwagandha, an herb with growing recognition in Western markets for its stress-reducing properties by returning homeostasis to the body through modulating cortisol levels.

They note that previous research on ashwagandha has demonstrated clinical benefits in inflammation, arthritis and cancer. Other clinical trials, they wrote, suggest that Ayurvedic formulations containing ashwagandha can successfully treat both acute and chronic rheumatoid arthritis (RA).

Recently, an antimalarial drug called hydroxychloroquine, which is also used to treat RA and other autoimmune disorders, has been touted as a possible treatment, despite a limited amount of clinical or even empirical evidence.

“We are saying ashwagandha and hydroxychloroquine should be treated on par with each other, because ashwagandha also has empirical evidence,” Patwardhan said. “COVID-19 is an entirely new animal. Whether it is allopathy or whether it is Ayurveda or whether it is any other natural medicine, everybody is on the same level playing field because it is new for everyone.”

Patwardhan and his co-authors suggest ashwagandha could help restore the balance between two types of helper T-cells, Th1/Th2, involved in immune response. Some researchers suspect that the driving force behind many critically ill COVID-19 patients is an overreaction of the immune system known as a cytokine storm. Cytokines are proteins involved in immune response, but in some cases, levels can grow out of control and begin attacking healthy tissue.

“If we look at published literature, they indicate that almost all the immune pathways are up-regulated or controlled by ashwagandha,” said Dr. Jatavallabha Sastry, CEO of the National Medicinals Plant Board within AYUSH. “One more important fact is that stress reduces immunity, so anti-stress agents are useful for immuno-boosting.”

In regard to the upcoming clinical trials, both medical professionals and Ayurvedic practitioners have developed integrative protocols to measure the outcomes, according to Partwardhan. Each study will involve 100 patients who will receive either standard medical care or standard medical care plus one of the four Ayurvedic medicines over a 12-week period.

“We will be able to know whether these interventions are useful in reducing the severity of the disease, giving more immunological advantage to control cytokine storms, and so various biochemical and immunological markers will be monitored during this trial,” Partwardhan explained.

One source for the ashwagandha that’s being used in the studies comes from Hyderabad, India-based Ixoreal Biomed, which produces the KSM-66 Ashwagandha. Ixoreal has conducted more than 20 clinical trials on its root-only, full-spectrum ashwagandha that is primarily used in products for reducing stress, improving energy, and endurance, and for enhancing immune function.

“Ixoreal was the original sponsor and compiler of many of the leading ashwagandha clinical studies cited today,” noted Kartikeya Baldwa, CEO of Ixoreal Biomed. “We are therefore happy to see others join in—commercial vendors, research universities and now the government of India—in a big way, because it is going to highlight the importance of having high-quality research studies.”

Both Partwardhan and Sastry noted that China has had success integrating modern medicine with Traditional Chinese Medicine (TCM), and that a number of studies combining TCM with conventional treatments are underway.

“The Chinese traditional medicine people were working hand-in-hand with modern medicine ... I think that is one of the reasons for [China’s] success,” Partwardhan said. “This kind of integrative model should be adopted in India as well. That’s what we are promoting.”

India has reported more than 55,000 confirmed cases of COVID-19, with about 1,800 deaths, according to the John Hopkins University Coronavirus Resource Center. Countries in Europe have generally been harder hit by the virus, especially in the United Kingdom, Spain, Italy and France. Each has recorded between 25,000 and 30,000 deaths already. The United States leads all nations with more than one million confirmed infections and about 75,000 deaths. (Editor’s note: figures accurate as of 7 May 2020.)

The lack of an effective treatment or vaccine has led many people to focus on their own health. Nearly 50 percent of people say they are increasing their purchases “a little” or “a lot” more” of products that boost their immunity, according to a survey by Innova Market Insights of consumers in Europe, Asia and North America. Market data firm SPINS noted that sales of immune-focused botanicals doubled in March, before leveling off, perhaps due to out of stocks.

Ixoreal Biomed has experienced a major surge of orders for KSM-66 in the last couple of months, according to Baldwa. Some of the demand was associated with launches of new products but much of it wasn’t anticipated, he said.

“This part of the surge may be because of manufacturers seeing greater demand for ashwagandha from consumers for its boosting immunity and relieving stress and anxiety, benefits much needed in these difficult times,” Baldwa noted.

That surge in demand for ashwagandha and other health supplements has raised concerns about the resilience of botanical-based supply chains. The U.S.-based Council for Responsible Nutrition said in a letter dated March 30 that it expected supply chain disruptions across a number of ingredients, including ashwagandha, due to nationwide lockdowns in both India and China amid a “surge in demand” for supplements that address nutrition, stress relief and immune function.

Baldwa said Ixoreal Biomed, a vertically integrated company that controls its own supply chain, has enough raw material in its inventory for the next 18 months. It had started stockpiling ashwagandha following a heavy monsoon a few months ago that destroyed up to 80 percent of the crop. In addition, the Indian government considers the herbal manufacturing sector an essential goods and service industry.

There were bottlenecks in getting orders shipped out of factories and to customers, but that has largely been resolved now, according to Baldwa. “We are continuing to ship all of our orders, but with a very slight delay sometimes because of slowing down of customs and logistics,” he said in early May. “However, the logistics movement has improved considerably in the last 15 days, approaching almost normalcy.”

The skepticism by mainstream medical authorities and media outlets is certainly back to normal when it comes to doubting the potential health benefits of botanicals like ashwagandha.

The Associated Press, among other news organizations, has posted reports with headlines like “Some people turn to herbal medicine for virus without proof.” Other news out of Europe has emerged that government regulators are warning consumers against using supplements that claim to boost immunity or fight inflammation in regard to COVID-19.

The regulatory framework that governs food supplements in Europe is complex, according to Nicolas Cabonnelle, a counsel at Bird & Bird, an international law firm, where he specializes in life sciences, food and beverage, and chemicals. The system is constructed around directives and regulations from the European Union that have to be read in conjunction with the laws of individual member states, he explained.

Ashwagandha is on the list of botanicals that are generally accepted in food supplements throughout the EU. However, the EU authorities in charge of approving health claims originally turned down nearly every application associated with food supplements, according to Cabonnelle. About eight years ago, the process had largely broken down entirely.

“For instance, for ashwagandha … lots of claims are on hold in relation to the effect on mental and cognitive activity, on the cardiovascular system, resistance to stress,” Cabonnelle noted. “There are quite a few claims that had been applied for, but none of them has succeeded. But most of them have not been rejected because the process has been just halted. They are not being taken anymore.”

That’s in contrast to places like Health Canada, where the country’s health authority has approved several health claims for KSM-66, including stress reduction, sports nutrition benefits, and support for healthy testosterone levels.

Baldwa said a new study under peer review looked specifically at the effects of KSM-66 ashwagandha on immune-related biomarkers during resistance training in healthy athletes. It found that supplementation led to improved muscle growth with rapid recovery after fatigue, and improved endurance and immune functions.

Cabonnelle cautioned that companies need to tread lightly when it comes to any references linking food supplements with health benefits around COVID-19.

“The direct link with disease is a really dangerous zone,” he said, “because food supplements may not be presented as having the ability of preventing, treating or curing a human disease such as COVID-19.” He noted that substantiated claims that play to well-established attributes, such as ashwagandha and its potential to boost energy and stamina, could serve as the basis for a message involving relevant health benefits.

“You can basically create some kind of message that will comply with the regulations, but that is an exercise that needs to be done relatively carefully for the product qualification as a food supplement to hold good,” he added. “It’s a challenging space.”

Paid Content
Tapping into the power of ashwagandha – video
Oct 08, 2020