‘Magic that needs to be better understood’: Unpicking the history and future potential of yaupon 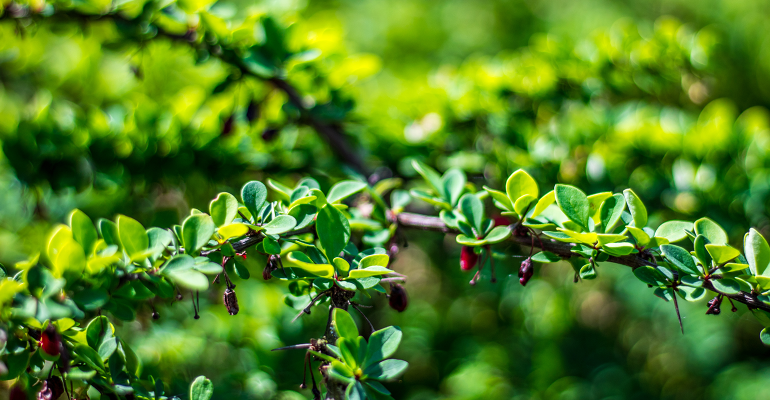 Ilex vimitoria with red berries.
Yaupon, a holly bush indigenous to the south-eastern US, is North America's only known native caffeinated plant. Despite being consumed by indigenous peoples and colonial settlers for centuries, it faded into obscurity for more than 200 years – but is now making a comeback.

Both Mintel and Whole Foods Market listed yaupon among their food and drink trend forecasts for 2023, while a burgeoning number of startups in states from Georgia to Florida are using it in tea, functional beverages, and skincare.

So how did a plant best known for its historical use by the Native Americans make its way into 21st-century trend lists?

Known as cassina to the native Timucua tribe and called “black drink” by Spanish explorers because of its dark colour, yaupon tea was widely consumed as an everyday beverage by all groups who came across it; it was also used by tribes in purification rituals that involved fasting and vomiting.

The plant, which grows along the coastal regions of the southern US and the Atlantic coast, was traded among Native Americans in the Midwest, East, Southeast, and Southwest; when European settlers arrived, yaupon's use among them became widespread, too.

Various theories exist as to why it fell from favour, one of them relating to its controversial scientific name, Ilex vomitoria, given by a European botanist in 1789. While some argue the name was chosen because of vomiting relating to yaupon’s ritual consumption, others believe it was a – successful – colonial conspiracy to smear the plant’s reputation and quash any threat to the English tea trade.

From wild harvest to farm: Bringing back a forgotten plant

Yaupon has a small but growing group of enthusiasts to thank for its resurgence.

Lou Thomann, founder of the Yaupon Teahouse and Apothecary in Savannah, Georgia, is one of them. He has been researching the plant since 2010, when he was introduced to it in Ossabaw, one of the state’s largest barrier islands; after sampling the tea, he was a convert.

He started propagating yaupon on his family farm, planting 12,000 wild-harvested plants as row crops, and has since been trying to understand how the phytochemistry changes under different levels of shade, moisture, and fertiliser.

His business partner, Eric Guerrieri, said: “It's a really exciting time because this is a plant that is beginning to enter the zeitgeist of people's awareness.”

He cited yerba mate – a close relative of yaupon – and guayusa as plants that also started as a tea. “Once people started to do more research and understand those plants, it became apparent that they had the kind of nutrient density that would play really well in the dietary supplement space,” he said.

Yerba mate’s taste with the hit of caffeine

Yaupon also contains the xanthines theophylline and theobromine. Theobromine – also found in cacao – stimulates the central nervous system (CNS), enhancing alertness, memory, and brain function; however, it lacks the CNS effects that caffeine has. Its combination with caffeine has been shown to improve mood and cognition.

Part of the reason behind the farming operation is the hope that by collecting data, it might one day be possible to standardise yaupon’s phytochemistry. “There's a lot of interest among the nutraceuticals, and we are in discussions with certain labs, and we're trying to establish some benchmarks that they can utilise,” Thomann said.

Results are promising thus far, he added: “Everything we've learned about the chemistry of the plant has validated the reason why the Native Americans used it.”

The presence of these compounds gives Thomann reason to think yaupon may one day be classed as an adaptogen. “I would love to get it categorised,” he said. “There's some heavy lifting, but the saponin complex alone leads me to believe it is an adaptogen.”

Guerrieri agreed. “The fact that [yaupon] naturally has these stimulants that everybody wants makes it super exciting,” he said. “The fact that caffeine is present in a matrix of other micronutrients and polyphenols and antioxidants – it's kind of the dream of the [nutraceutical] space, and it makes me feel that we can position this as a standalone or in combination with other ingredients.

“We're looking at the possibility of having this be labelled an adaptogen, which is really exciting... We're certainly not going to get over our skis on this in terms of saying something that can't be substantiated, but I think that's where the excitement lies.”

The teahouse and apothecary, which launched in 2019, are as much an educational endeavour as a business.

“I said, ‘We have 11 million tourists who come through Savannah every day. What better way to educate people about yaupon?’” Thomann said. “Everyone who comes into our store from wherever around the world is going to go away [with] some education… and hopefully some products too.”

Alongside tea, the business offers yaupon blended botanical drinks, chocolates, incense, and even herbal smokes – but the part of the business that is exploding is the skincare range.

“The feedback is just overwhelmingly amazing,” said Thomann. “We've had people with all kinds of skin conditions come in and rave about how effective it's been.”

He puts this down to yaupon’s saponin content. “One of [yaupon’s] most documented applications among indigenous tribes was for wounds,” he said. “Now we know yaupon's antibacterial – might even be antiviral, we haven't got that far yet...

“But the saponin content in yaupon is, we know, on a cellular level, beautiful for the skin. It does amazing things – and now we know caffeine is good for certain things on the skin too.

“So, the caffeine – but, I think, the saponins, both internally and topically – have magic. Magic that needs to be really better understood.”

Guerrieri said: “We can get lost in the science and the data … but what's special about this plant is the history, the lore, the wisdom, the connection to this pre-colonial and colonial time. And how it feels when you take it and when you put it on your skin.

“It doesn't take knowledge of what's in the plant to get that experience, so we know it's beyond the placebo effect because there's nothing to connect the brain to the experience with an individual that knows nothing about this plant.

“There is magic there and we don't want to trample on that.” 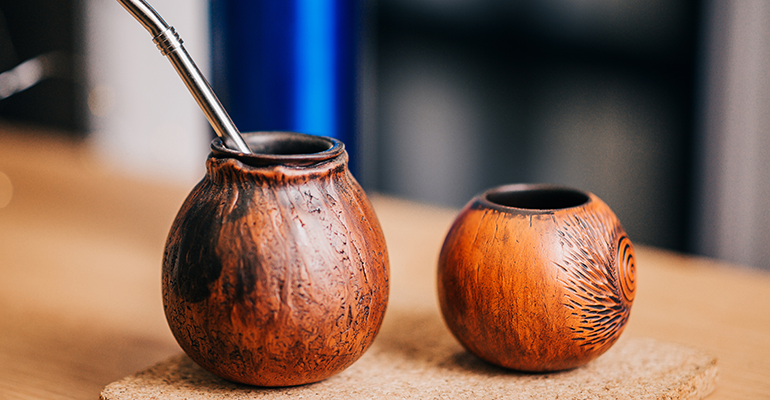 Thomann said he hoped that the next step would be running clinical trials to demonstrate yaupon’s properties, saying there had been promising discussions with local tribes regarding the plant’s effect on blood sugar. However, he admitted that this would require specific partnerships.

Guerrieri sounded a more cautious note, saying that more analysis was needed but adding that trials are “expensive and take time”, making them “a little further down the road”.

But he didn’t think this was necessarily a barrier to uptake.

“There are so many plants … that have made an impact in the dietary supplement space prior to having any human clinical trials and so, especially when you have something like yaupon, which is a tea that's been around for centuries, that has incredible wisdom and native usage in North America – that's already a trust-building factor,” he said.

Thomann said: “Education is our biggest challenge – and our biggest opportunity, really.”

Botanicals: Biodiversity, sourcing, and impact on the industry — Video
Sep 22, 2022