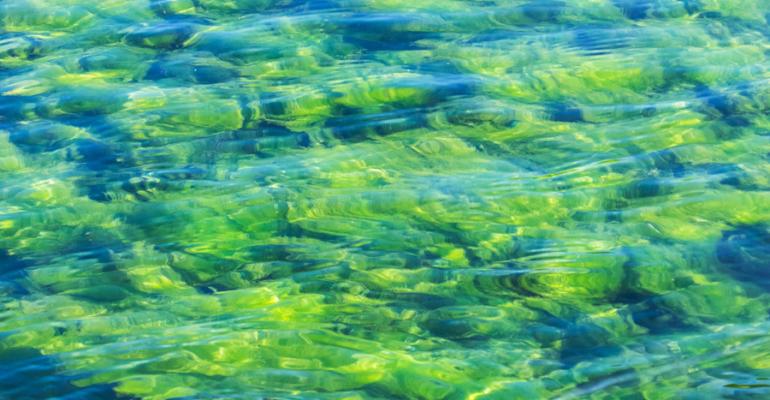 Sustainability concerns are driving the global nutraceutical and functional food industries to source alternatives to traditional ingredients, and businesses are beginning to focus on algae.

Sustainability concerns are driving the global nutraceutical and functional food industries to source alternatives to traditional ingredients, and businesses are beginning to focus on algae. Unlike many synthetic alternatives, botanical sources such as algae are widely regarded by consumers as safe and free of side effects. In recent years, they have also benefited from the natural and exotic ingredients trend, which is taking off in functional foods. Algae have long been seen as a potential source of functional ingredients and bioactive compounds, including omega-3s, proteins and carotenoids.

While health benefits are a major factor in determining which omega-3 options are best, sustainability and traceability are also key elements for consideration—particularly as consumers are increasingly concerned about the origin of their products. Following responsible and sustainable fishing, the European Commission (EC) is set to increase fishing quotas for 2018 for Central Herring, Spat, and Main Basin Salmon, while quotas for Western Baltic Cod will remain the same. The EC noted Western Baltic Cod stock is ‘still below the threshold of biologically safe limits’ and the industry is seeing tightening regulation surrounding fishing quotas. Microalgae are the prime source of omega-3s for the fish and krill the industry farm currently—they represent a sustainable and vegetarian source of the two fatty acids, eicosapentaenoic acid (EPA) and docosahexaenoic acid (DHA).

For more information on omega-3s, download the January edition of our digital magazine: The Widespread Appeal of Omega-3s.

The global protein market is on the rise with the boom in sports nutrition and is expected to grow by 50 percent between 2015 and 2020, according to Innova Market Insights. Proteins have an excellent reputation among consumers, and although meat accounted for 70 percent of the world’s protein intake in 2014, vegetal proteins are becoming increasingly important. As the global population is predicted to keep growing, plant-based proteins represent a sustainable alternative and focus is honing in on algae. Among algal sources, spirulina has become the best-known on the nutraceutical landscape. Comprising 60 percent high-quality protein, spirulina has very few calories and is a real concentrate of active ingredients. Alongside Chlorella, it is the most widely used, with both mainly found in food supplements for their content of essential amino acids, vitamins and minerals. Currently flying under the radar—but with a protein content of 65 percent, along with polysaccharides, all vitamins except vitamin D, all minerals, 15 carotenoids, antioxidants, AFA phycocyanin and chlorophyll! —blue-green algae (Aphanizomenon flos-aquae) with its 115 nutrients is the potential new superfood ingredient adaptable for a considerable number of applications.

For more information on plant-based proteins, download the March edition of our digital magazine: The Increasing Complexity of Small Plant Life.

Astaxanthin, the red pigment in shrimp, salmon and flamingos, is a powerful antioxidant, primarily found in Haematococcus pluvialis, a microalgae. Recognised for its numerous applications and health benefits, astaxanthin is a popular ingredient, though most manufacturers use synthetic astaxanthin, due to its lower production cost and scalability potential. However, the antioxidant properties of the synthetic astaxanthin are considerably weaker, and H. pluvialis is seeing a boom in popularity as consumers demand natural sources.

Lutein and zeaxanthin are the yellow pigments commonly known as the macular carotenoids. Lutein is primarily sourced from marigold flowers, although Chlorella is also a source, boasting a higher growth rate and the possibility to be farmed all year. Dunaliella species provide zeaxanthin and cultivation is possible in saltwater, making it a viable crop that will not compete with freshwater species.

So, microalgae are a rich omega-3, protein and carotenoid source and have gained popularity as a sustainable source of food and fuel. The Italian National Agency for New Technologies, Energy and Sustainable Economic Development (ENEA), estimates the global market for products with microalgae is valued at €6.4 billion per year, with China and Indonesia dominating the market, while European sales comprise 5 percent of the global market.

High production costs coupled with low volumes have restricted algae to the ‘high value’ sectors—such as nutraceuticals—with microalgae having real potential as a sustainable source if production costs can be lowered. There are various methods of cultivation available, including closed photobioreactor systems and open raceway pond systems, with the method chosen dependent on production location—climate is a key consideration.

VALUEMAG (Valuable Products from Algae Using New Cultivation and Extraction Techniques) is a new research program backed by the European Commission’s Horizon 2020 program aiming to improve extraction techniques and reduce the costs of cultivation. The project aims to reduce the costs of production from €6.00 per kilogram to just €0.30 per kilogram, to improve its competitiveness. The new cultivation technique introduces superparamagnetic nanoparticles into the cell protoplasm to obtain magnetic modified microalgae. This ‘immobilises the algae cells to optimise the use of water and nutrients’—meaning consumption of resources is very low and zero greenhouse gas emissions.

The harvested microalgae will be used in food production, including nutraceuticals, and the project will pave the way for European businesses to tap into this blooming potential.