HomeIngredientsBotanicalsIs andrographis the next big thing for immunity?
Recent
Happening Now
Addressing mental wellness and the long effects of COVID
May 17, 2022
Nourish the skin for longer-lasting youth
May 17, 2022
Vitafoods Europe 2022: Top Takeaways - video
May 16, 2022
Variety of protein sources may lower hypertension risk
May 16, 2022
Recent
Feeding a growing global population with alternative proteins
May 13, 2022
Alternative proteins market growth and opportunities — podcast
May 12, 2022
Good mood food: Which ingredients are best for improving mood?
May 12, 2022
Personalised nutrition: The role of acquisition for business growth — podcast
May 11, 2022

Is andrographis the next big thing for immunity? 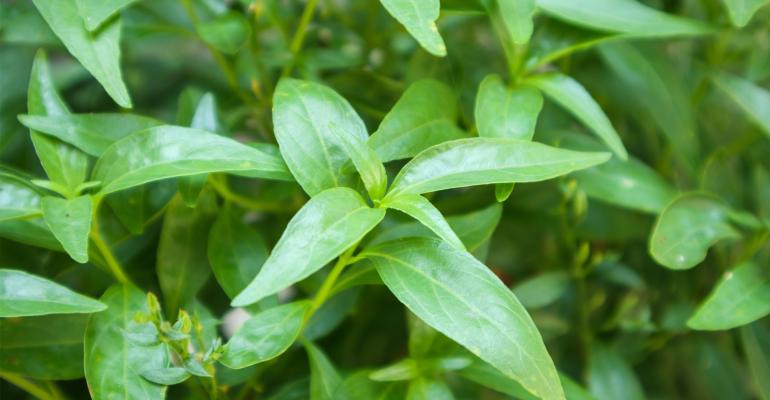 According to a recent report published by Kenneth Research, the global immune health supplements market will reach $28 Billion by 2027. The ongoing COVID-19 crisis has brought focus back to improving daily immune health like never before. During this time, there's been significant increase in demand for several immune-strengthening supplements, ranging from vitamins to botanicals.

In the botanicals world, Andrographis paniculata has been known and in use for centuries in Ayurveda and Traditional Chinese Medicine. This ancient weedy shrub native to India and Southern Asia has become a best-selling cold remedies in several countries.

Alongside its immune health benefits, Andrographis also promotes a healthy and regular digestive system. Multiple studies on Andrographis find that the botanical supports healthy levels of immune cells in the blood and reduces levels of inflammatory mediators, giving rise to its popularity in the immune health category. Belonging to the Acanthaceae family, Andrographis has been used in treatment applications for viral fever, chicken pox, eczema, epidemic encephalitis B, hepatitis, pneumonia, ulcers, neurodermatitis and respiratory infections. The greatest uptake of Andrographis in traditional medicine is in India, China, Pakistan, Bangladesh, Malaysia, Philippines, Indonesia and Thailand—where it’s also been used to treat insect and snake bites.

Andrographolide, a bicyclic diterpenoid lactone, is the major active compound that has various tested pharmacological effects such as anti-inflammatory, cardioprotective and immunoregulatory activity.

Natural Remedies, an India-based research-driven herbal healthcare company, has conducted extensive research on Andrographis, which has since led to the discovery of their standardised extract, KalmCold, or AP-Bio. In a randomised, double-blind placebo-controlled clinical trial, Kalmcold/AP-Bio was effective in reducing the symptoms of upper respiratory tract infection. The assessment involved quantification of symptom scores by the Visual Analogue Scale. Nine self-evaluated symptoms of cough, expectoration, nasal discharge, headache, fever, sore throat, earache, malaise, fatigue, and sleep disturbance were scored. A total of 223 patients of both genders were randomised into two groups, which received either KalmCold (at a dosage of 200 mg/day) or placebo in a double-blind manner. In both the treatments, mean scores of all symptoms showed a decreasing trend from day one to day three. Furthermore, from day three to day five, most of the symptoms in the placebo-treated group either remained unchanged or grew aggravated, whereas in the KalmCold treated group, all symptoms showed a decreasing trend.

In another study, a standardised extract of Andrographis reduced the cold symptom severity of 158 adults with cold. Participants given 1,200 mg daily of Andrographis experienced significant improvements by the second day of treatment and improved further by day four, compared with participants who received a placebo.

In light of available scientific evidence and traditional usage, Andrographis is a proven solution for immunity support. Could it this botanical's turn in the spotlight?

The role of micronutrients in immunity and associated product development—podcast
Mar 26, 2020