Resveratrol for Bone Health: A Matter of Balance 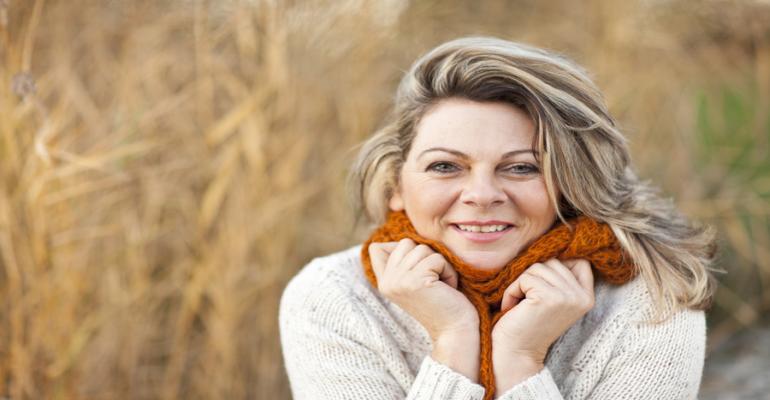 In recent years, resveratrol has accumulated scientific literature supporting its use in nutrition supplements supporting healthy ageing, including the management of arthritis, metabolic bone disease, and osteoporosis.

The delicate balance between bone formation and bone reabsorption is lost with ageing, when bone reabsorption overtakes bone formation. This process is further exacerbated by obesity related low-grade inflammation and the hormonal changes characteristic of menopause.1 Another age-related condition, osteoarthritis is the progressive wear and tear of joint cartilage, causing pain.

Resveratrol, a polyphenol compound found in red wine, was brought into the spotlight in the mid-1990s in the context of the French paradox—the apparent contradiction between the French having a low rate of cardiovascular diseases despite having a diet rich in saturated fats, including the consumption of a large amounts of alcohol, and cigarette smoking. Since then, resveratrol has been widely used in dietary supplements for its cardiovascular, metabolic and anti-inflammatory benefits.

In recent years, resveratrol has accumulated scientific literature supporting its use in nutrition supplements supporting healthy ageing, including the management of arthritis, metabolic bone disease, and osteoporosis.2,3

Veri-te™ resveratrol is produced using an innovative yeast fermentation process has been recently used in a couple of different clinical studies supporting these applications. The first of these studies showed 4-week supplementation with a high dose of Veri-te™ elevated the plasma levels of bone formation biomarkers.4 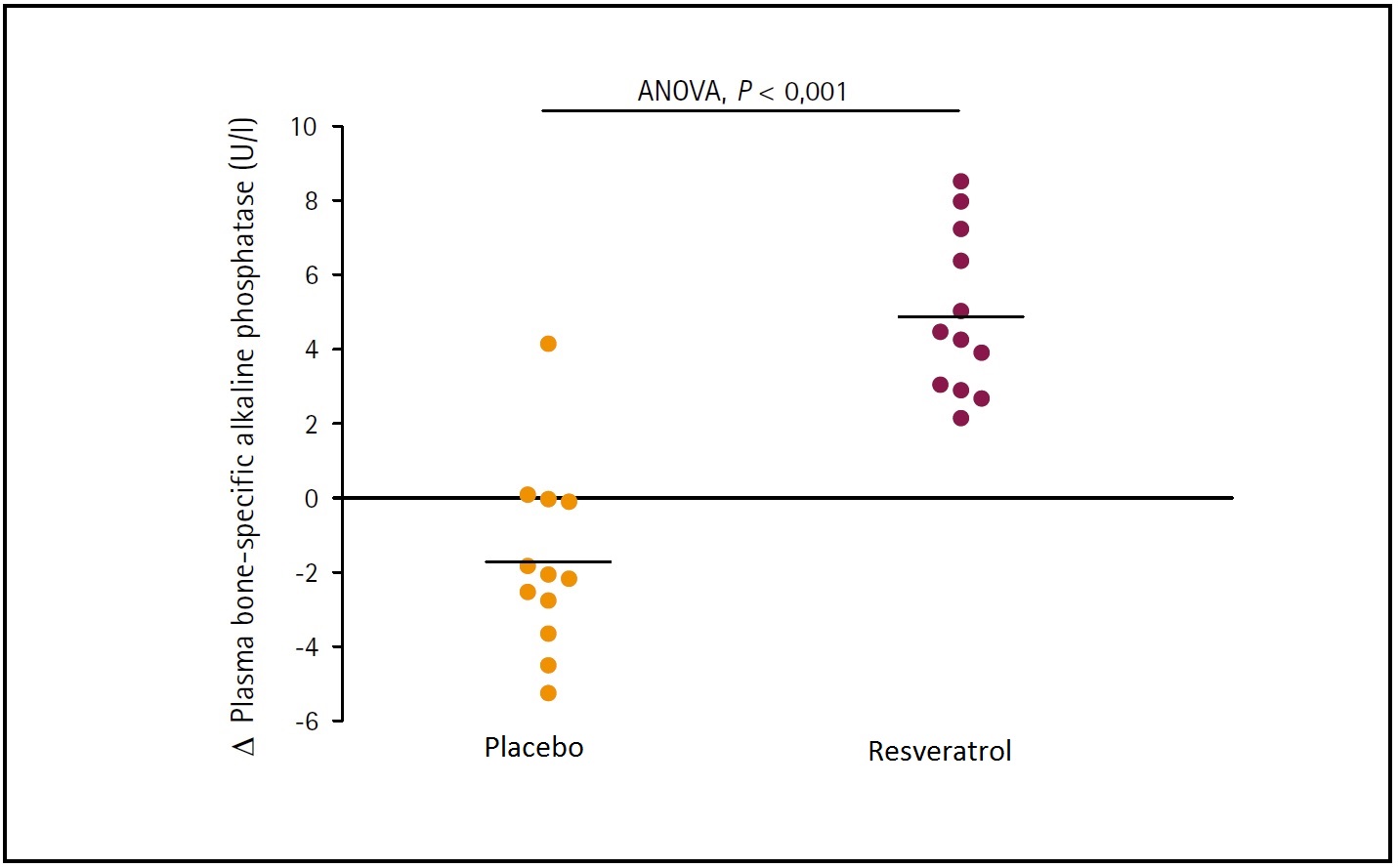 Plasma levels of bone-specific alkaline phosphatase, an important biomarker of bone formation, increased significantly in the Veri-te resveratrol group as compared to placebo. 4

A second study using lower doses of Veri-te also showed 16-week supplementation with resveratrol not only increased the plasma levels of bone metabolism biomarkers but also improved, in a dose-dependent manner, the bone mineral density of the lumbar spine when compared to the placebo group.4,5 Research from the same group and from others suggest, contrary to other supplements commonly used to palliate the loss of bone density such as vitamin D and calcium, resveratrol’s bone health benefits may be mediated by an increase on the number and activity of the osteoblasts (bone forming cells) rather than via a reduction of the activity of the osteoclasts (bone resorbing cells).6,7 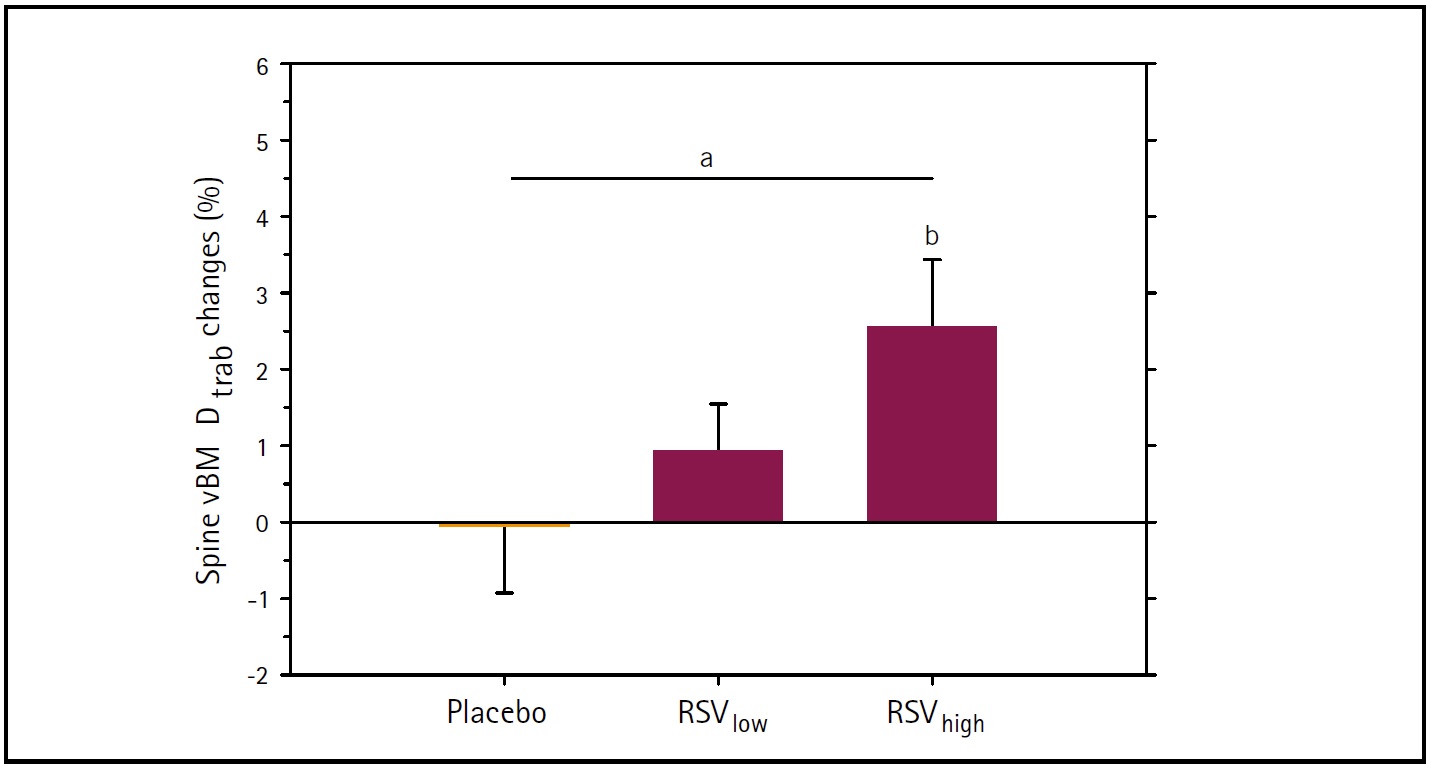 Interestingly, it has recently been shown co-supplementation with vitamin D3 seems to amplify some beneficial effects of resveratrol both in in vitro and animal models.8 There appears to be a synergistic benefit from a supplement combining both pro-osteoblastic and anti-osteoclastic effects to restore the bone formation/reabsorption balance but, unfortunately, clinical trials combining vitamin D or calcium and resveratrol have not been conducted yet.

Other related benefits of resveratrol may be attributable to its effects on mood and pain. A recent clinical study in postmenopausal women showed an oral intake of 75 mg of resveratrol twice daily for 14 weeks reduced the perception of pain and improved total well-being and cerebrovascular function. The authors indicated the potential for resveratrol treatment to reduce chronic pain in age-related osteoarthritis.9